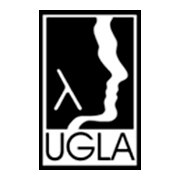 Bobby Brown, 24, a well-known young gay man, was twice assaulted and finally killed this past Wednesday evening, March 31, 1983, as he was leaving our local gay bar, The Bon Mot, at Avenue 41 and Figueroa Street.

This attack represents the second murder in our gay community within the last two years. The first murder victim was Richard Lee, who was assaulted and killed at the corner of Avenue 43 and Figueroa on November 14, 1981. No suspects in that case have ever been brought to trial.

Bobby was first attacked around 10:30 in the evening by two men described as young Latinos in their early 20’s thought to be members of a local gang. During the first attack, witnesses described Bobby as being on the ground with a shotgun pointed at his mouth. These witnesses, Tom Walters and his lover David, were shot at when they walked onto Avenue 41.

Bobby escaped, robbed of his money, jewelry and keys. Tom and his lover had to crawl back into the bar to avoid being shot. The police were called, who arrived, took the report, and, according to witnesses, made no investigation. Witnesses also reported the police as questioning whether or not the victims had come out of “that fag bar.”

Bobby stayed in the bar to phone his lover, to inform him what had occurred, and to calm down. He was offered a ride by David Maxwell. Shortly after midnight, the two men left the bar. When they turned onto Avenue 41, they were met by one of the gang members, who opened fire. Bobby was shot twice, once in the chest and once in the thigh. He was pronounced dead at the scene. David was wounded in the leg and is in stable condition at County USC Medical Center.

Outraged, Gus put out an alert to the neighborhood demanding a meeting with the LAPD over it’s conduct of the murder investigation and with the help of the Los Angeles Human Rights Commission, a meeting ensued. Unfortunately, the investigation went nowhere and the murder has never been solved. It’s lasting legacy is UGLA, whose “… primary goals are to provide a support system for gay men and lesbians (in Northeast Los Angeles) and education for individuals and the community-at-large on the true nature of homosexuality.”

With the advent of the AIDS epidemic in 1980, UGLA members began raising money to help pay for food and rent for some of its members who were fighting HIV. Grassroot gay and lesbian support for these Northeast area residents was the only type of help available in those early years.

Then in 1989, UGLA began it’s support for AIDS Healthcare Foundation, which was the effort of UGLA member Michael Weinstein. He recognized the need for care for those fighting HIV on this side of town and instituted Chris Brownlie hospice in Elysian Park, the first AIDS Hospice in Los Angeles County.

By 1993, an LAPD Assistant Police Chief was the keynote speaker at UGLA’s 10th Anniversary celebration at the Los Angeles Music Center and the LAPD was actively recruiting openly gay and lesbian officers across

In 2001, UGLA marched for the first time as a contingent in the Northeast Holiday Parade. That same year, through the good offices of then LA City Councilmember Nick Pacheco, UGLA hung it’s first Gay/Lesbian Pride banner in front of Council District 14 office on Colorado Boulevard in Eagle Rock commemorating Los Angeles’ June Pride month. However, vandals had other ideas. They continually defaced, slashed and stole four banners, leaving their final taunt on the steps of Eagle Rock City hall denouncing “Pacheco the Fag.”

By 2008, A city-wide poster campaign announcing “Gay Heroes,” which includes the picture of UGLA member octogenarian Florian Novak, resulted in a bus stop poster near the corners of York Boulevard and North Figueroa. The poster has not been defaced or vandalized.

The Ballad of Bobby Brown

Take a virtual look through UGLA’s Newsletter origins and evolution of its graphics as well as a brief history on the UGLA Logo and Bill Bailey, UGLA’s first Benefactor. Click below to start the slideshow.

We proudly invite you to listen to “The Ballad of Bobby Brown”, written and performed by Santina Giordano:

The Ballad of Bobby Brown

We invite you to watch “UGLA 25th Anniversary Perspective”, a special documentary that was put together for UGLA’s 25th anniversary in 2008. Take a look back at the organization’s rich history through the comments and anecdotes of those who lived this important part of history. This is a great resource and educational tool for students, residents of the Northeast Los Angeles area, and anybody who wants to learn about Southern California LGBTQ+ History.